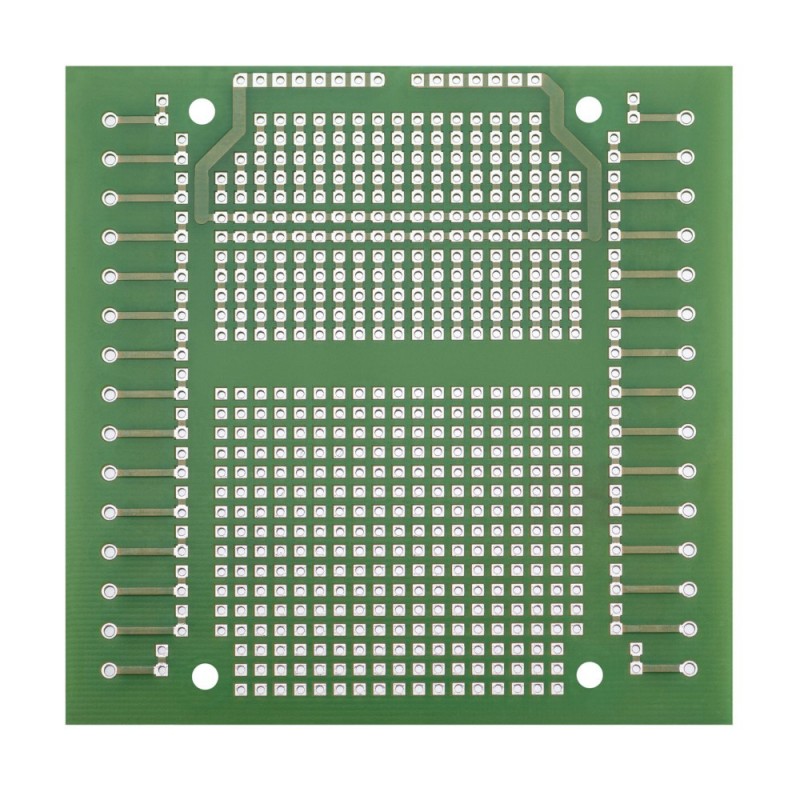 The A-Star 32U4 Prime SV is a programmable board based on Atmel’s ATmega32U4 microcontroller and arranged in the common Arduino form factor. The A-Star Prime offers many additional features and improvements over competing products. Pololu 3115

The A-Star 32U4 Prime SV is a programmable board based on Atmel’s ATmega32U4 microcontroller and arranged in the common Arduino form factor. The A-Star Prime offers many additional features and improvements over competing products, including superior power management that enables efficient operation from 5 V to 36 V. The A-Star 32U4 Prime SV is available in several configurations; item #3115 includes preinstalled female headers common to many Arduinos, microSD support, and a removable 8×2 character LCD. The A* Prime supports the on-board microcontroller with many additional features and improvements over competing products, including enhanced connectivity and superior power management. The Prime is available in two main versions: SV, which features a green solder mask and a switching step-down regulator that allows operation from 5 V to 36 V, and LV, which features a blue solder mask and a step-up/step-down voltage regulator that allows operation from 2.7 V to 11.8 V. Each version is available in several different configurations: with or without preinstalled through-hole components like standard Arduino female headers and with or without microSD support. There is also a configuration available for each version with an 8×2 character LCD. We carry an A-Star Prime accessory pack that contains an assortment of parts you might want when assembling the configurations without preinstalled headers (items #3105, #3106, #3111, and #3112).

Our comprehensive user’s guide provides the basics you need to get started with the A-Star as well as detailed technical information for advanced users. This configuration of the A-Star 32U4 Prime SV includes microSD support and is assembled with through-hole components as shown in the picture above so that all the basic features can be used without any additional soldering. The standard female headers common to many Arduinos are preinstalled, as is the 2×3 male ISP header, 2×7 male LCD connector, buzzer, DC power jack, and shorting block headers for enabling the microSD hardware, buzzer, and battery voltage monitor. A removable 8×2 character LCD is included with this configuration, and a preinstalled 2-pin terminal block provides an alternate way of supplying input power to the board. This is the SV version of the A-Star Prime, which operates from 5 V to 36 V.

A major feature of the A* Prime SV is its power system, which allows it to efficiently operate from a 5 V to 36 V external source. The input voltage is regulated to 5 V by an ISL85410 switching step-down (buck) converter from Intersil, a higher-power version of the ISL85415 used on the smaller A-Star 32U4 Mini SV. (We also make a standalone regulator based on this integrated circuit.)

As shown in the left graph below, the SV’s 5 V switching regulator has an efficiency – defined as (Power out)/(Power in) – of 80% to 95% for most combinations of input voltage and load. The A-Star’s components, including the microcontroller and LEDs, draw 30 mA to 40 mA in typical applications (without the buzzer, microSD card, or an LCD). The rest of the regulator’s achievable output current, which depends on input voltage as well as ambient conditions, can be used to power other devices. The green line in the right graph above shows the output currents where the regulator’s output voltage drops below 4.75 V. These currents are close to the limits of the regulator’s capability and generally cannot be sustained for long periods; under typical operating conditions, a safe limit for the maximum continuous regulator output current is approximately 1 A. The A-Star 32U4 Prime ships with a preloaded Arduino-compatible bootloader (which uses 4 KB of flash memory, leaving 28 KB available for the user program). We provide a software add-on that enables the board to be easily programmed from the Arduino environment and an Arduino library to make it easy to use the additional on-board hardware. The A-Star 32U4 has the same microcontroller and form factor as the Arduino Leonardo, and it runs at the same frequency, so we generally expect it to work with shields that are compatible with the Leonardo and similar boards. Note that the Prime has additional components and connection points, so you should make sure these do not physically interfere with any shield you are considering using. The following table shows how the Prime compares to the Leonardo and Uno:

Side-by-side comparison of the A-Star 32U4 Prime LV microSD to the Arduino Leonardo.

Documentation and other information

User’s manual for the Pololu A-Star 32U4 family of user-programmable boards.

This library for the Arduino IDE helps interface with the on-board hardware on the A-Star 32U4 Prime. The web site for AVR Libc, which is the standard library of functions that you can use with C and C++ on the AVR. AVR community with forums, projects, and AVR news. AVRDUDE is a cross-platform command-line utility for programming the flash memory on AVR microcontrollers. Atmel’s free integrated development environment (IDE) for AVRs. A free, open-source suite of development tools for the AVR family of microcontrollers, including the GNU GCC compiler for C/C++.