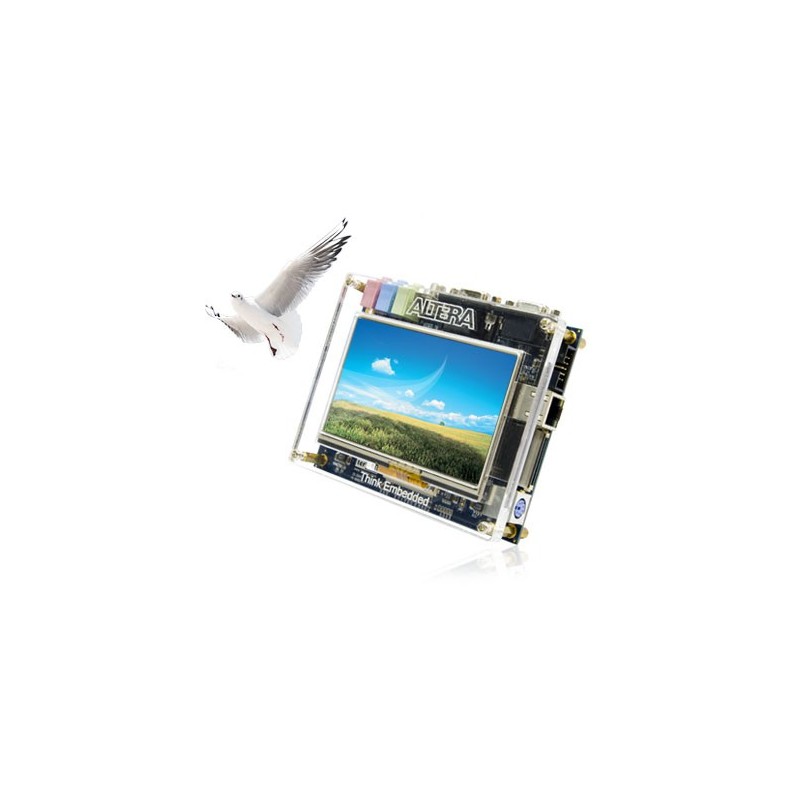 THDB-HDMI is a HDMI transmitter/receiver daughter board with HSTC (High Speed Terasic Connector) interface. Host boards, supporting HSTC-compliant connectors, can control the HDMI daughter board through the HSTC interface. Both transmitter and receiver can support FULL-HD.

This THDB-HDMI kit contains complete reference designs with source code written in Verilog and C, for HDMI signal transmitting and receiving. Based on reference designs, users can easily and quickly develop their applications.

HDMI daughter board is a HDMI transmitter/receiver board with HSTC (High Speed Terasic Connector) interface. The board contains the following rich features:

The transmitter is compliant with HDMI 1.3, HDMI 1.4a 3D, HDCP 1.4 and DVI 1.0 specifications. It supports the following input video formats:

The receiver is compliant with HDMI 1.3, HDMI 1.4a 3D, HDCP 1.4 and DVI 1.0 specifications. It supports the following output video formats:

Block Diagram of Board Functionality HDMI board connection to the Altera DE3 -Stratix III Development Board

The Transmission demonstration is able to generate HDMI Video/Audio signal for transmission, including various video formats and color space. There are 11 video formats available with 3 color space selections which include RGB444, YUV422, and YUV444.

The video formats supported are listed below: The package of HDMI board includes The CD contains technical documents of the HDMI receiver and transmitter, and one reference design for HDMI transmission and loopback with source code.