The drop in prices and the increase in the capabilities of microprocessor controllers mean that they are increasingly used in a variety of embedded systems. Such controllers are increasingly equipped with 32-bit processors, Ethernet controllers and a USB interface. Programming such advanced controllers becomes more and more difficult. That is why real-time operating systems that are a bridge between the hardware and application programs are becoming more and more widely used. They manage computer resources, provide communication with the environment, and the developer allows you to focus on the created application. In the field of real-time operating systems, the dominant standard is POSIX 1003 - a standard developed under IEEE. The QNX6 Neutrino system discussed in the book is a real-time operating system with wide possibilities. It provides a high degree of compliance with the POSIX 1003 standard. The field of application of the system is extremely wide: from 32-bit microcontrollers (Intel x86, PowerPC, ARM, xScale), through PCs for multiprocessor and distributed systems. In the book, the reader will find a description of the Neutrino system QNX6 installation, its architecture, and in particular the method of creating real-time software. Software C is used to create software and various system mechanisms such as processes, threads, messages, events and interrupts. The reader can conduct experiments alone, because for non-commercial applications the QNX6 Neutrino system can be downloaded free of charge from the Internet.
Although a specific operating system is described, issues discussed in the book are of a general nature. Therefore, the book can be used as an academic textbook and helpful in teaching the subject of Real Time Systems.

Dr inż. Jędrzej Ułasiewicz works at the Faculty of Electronics of the Wrocław University of Technology, where he is employed as an associate professor. He lectures on such subjects as: Real Time Systems, Computer Control Systems and Concurrent Programming. His domain of interest is real-time operating systems, distributed systems and control systems. He is the author of many works in this field. The QNX system has been dealing with since 1991. It uses this system in both didactics and industrial practice. He is a designer and coordinator of a project based on the QNX system regarding the production control system, which was implemented in the KGHM SA Copper Combine. Dr Jędrzej Ułasiewicz also participated in numerous projects related to the implementation of data acquisition systems, distributed electronic transaction systems and programming of controllers microprocessor. 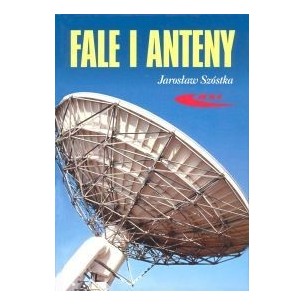